Specimens of the Globe, 3D printed sculptures and digital prints, 2018

Specimens of the Globe is a research-based, interdisciplinary art project that converts statistical data collected from the Internet into three-dimensional sculptural objects through a generative procedure and digital fabrication. This  project aims to redefine the concept of “sculpture” under the influence of the post-internet situation and to question the societal role of art in response to the Anthropocene.

Referring to a traditional casting method, Shin has redesigned a replica-making generative system that creates constant differences out of the same original cause or source. She collects the statistical data about the current global issues, including war, violence, poverty, terrorism, famine, human rights and the environment, from the Internet; comes up with the lists of cities; and connects each cities on the surface of the virtual globe in order to build three dimensional figures. The outcomes of the system generated from the original are crystal-like abstract pieces in various geometrical shapes and colors. The whole process is neither fully code-base nor man-made. To the extent that the source of input data is renewed every year, there can be infinite number of versions in principle. 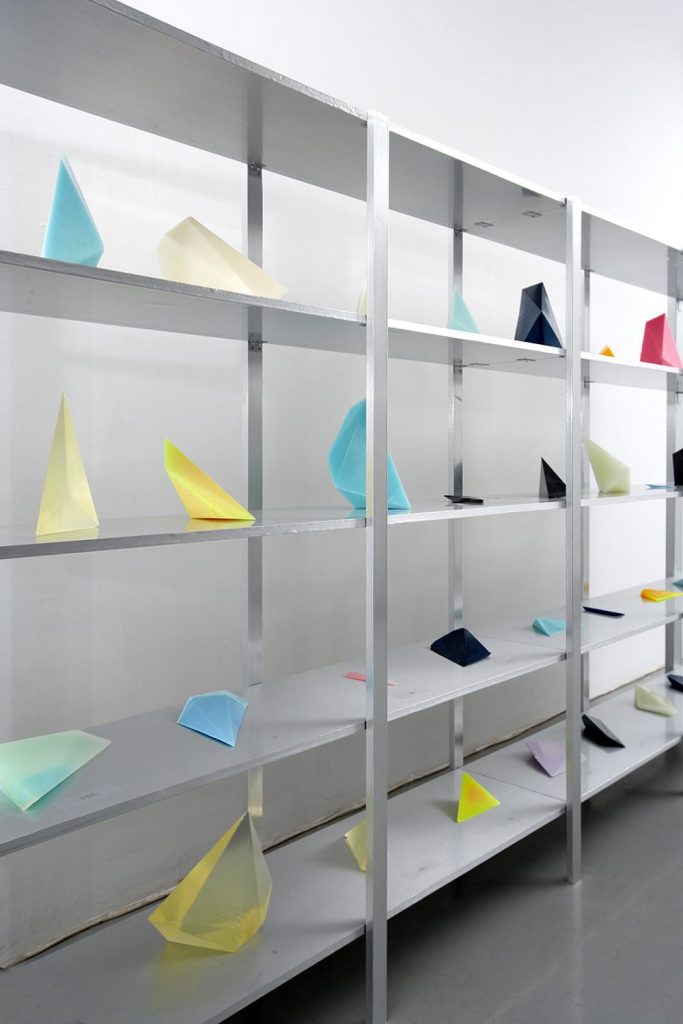